Welcome to the official website of Shenzhen Lancer Electronic Co.,Ltd.

to set for the screen. This is to avoid low quality video with very little detail or a very high quality video that is not necessary (in some

cases it depends on the customer´s project type). The variable that decides the LED screen resolution per square meter is called the

pixel pitch, which tells us the distance between the LED´s in millimeters. The shorter the distance of the LED´s, the higher the screen

resolution per square meter, and a greater distance, the resolution will be less.


In other words, small LED screen displays requires a higher resolution per square meter to achieve complete resolution of the screen

(Our recommendation would be a minimal of 43,000 pixels for video standard quality without losing detail) and among the largest LED


Remember that LED displays that will show videos with a normal quality standard must have a minimal of 43,000 physical pixels (or real

pixels) in total, and high definition LED display screens at least a total of 60,000 physical pixels (or real pixels). If you require a large LED

display whose closest viewing distance is very small, 8 meters for example, we recommend LED screen displays with virtual pixels. With

virtual pixels, the number of physical pixels will be multiplied with a factor of 4. This means that if a LED display has a total of 50000

physical pixels did have a total of 200,000 virtual pixels. The minimal viewing distance will be half of the distance of a LED screendisplay

Prev : How do I know which pixel pitch is right for me? 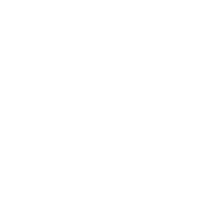